The proposed World Bank-funded project, reinforcement of domestic transmission network, is part of a broader interconnection project, where EBRD, EIB and EU will have distinct financing contributions. The Bank and the EBRD/EIB/EU agreed to carry out project’s preparation and implementation in parallel, but there will be no arrangement for co-financing or parallel financing. The construction of the BtB station will be funded by EBRD, EIB and the EU NIF, while the World Bank will finance only the domestic grid reinforcement – a 400 kV high-voltage transmission line between Vulcanesti and Chisinau (approximately 158 km of length), which would serve as enabling infrastructure for the new interconnection and enhance Moldova's access to the European electricity market.

The proposed Project consists in the achievement of:

a) an overhead transmition line (OHTL) 400 kV Vulcanesti-Chisinau with a length of about 158 km;
b) a new Back-to-Back (BtB) station;
c) extention of 400 kV Vulcanesti substation due to the asynchronous interconnection between the electrical systems of the Republic of Moldova and Romania; and
d) upgrade of 330/110/35 kV Chisinau substation. 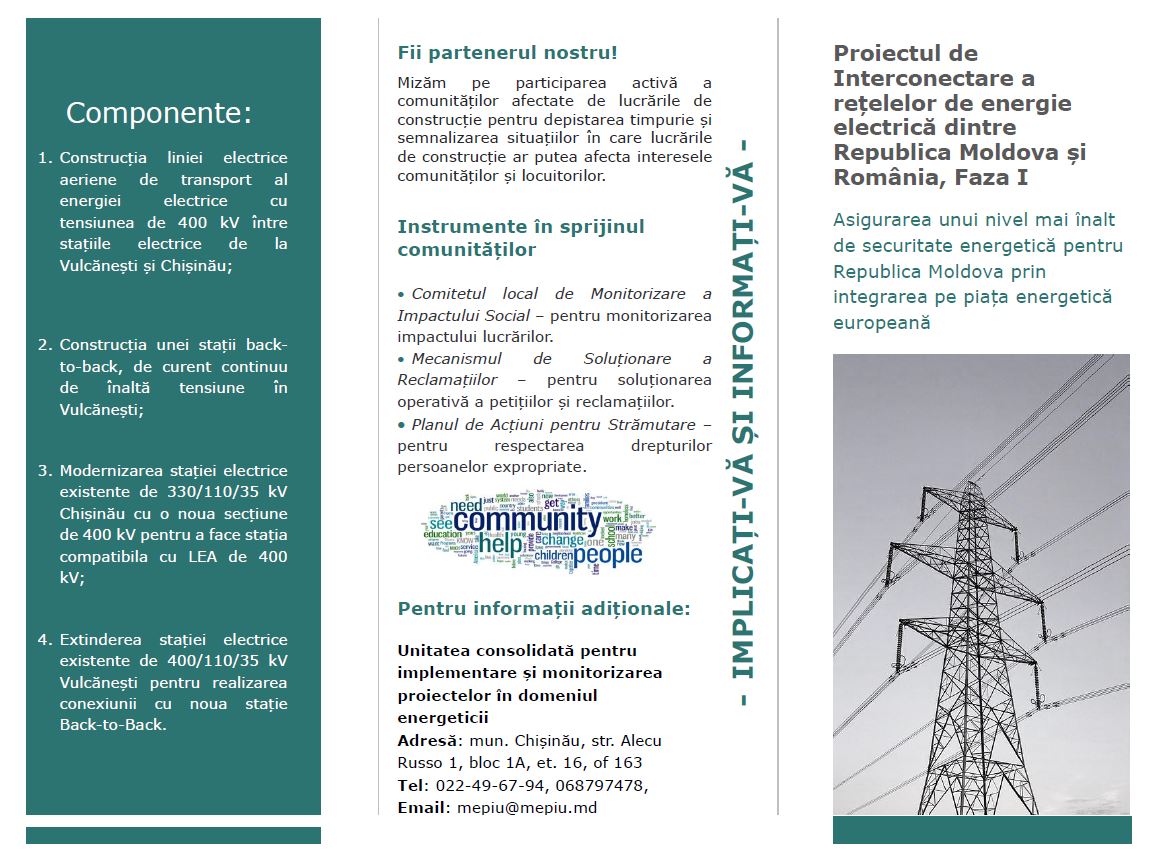 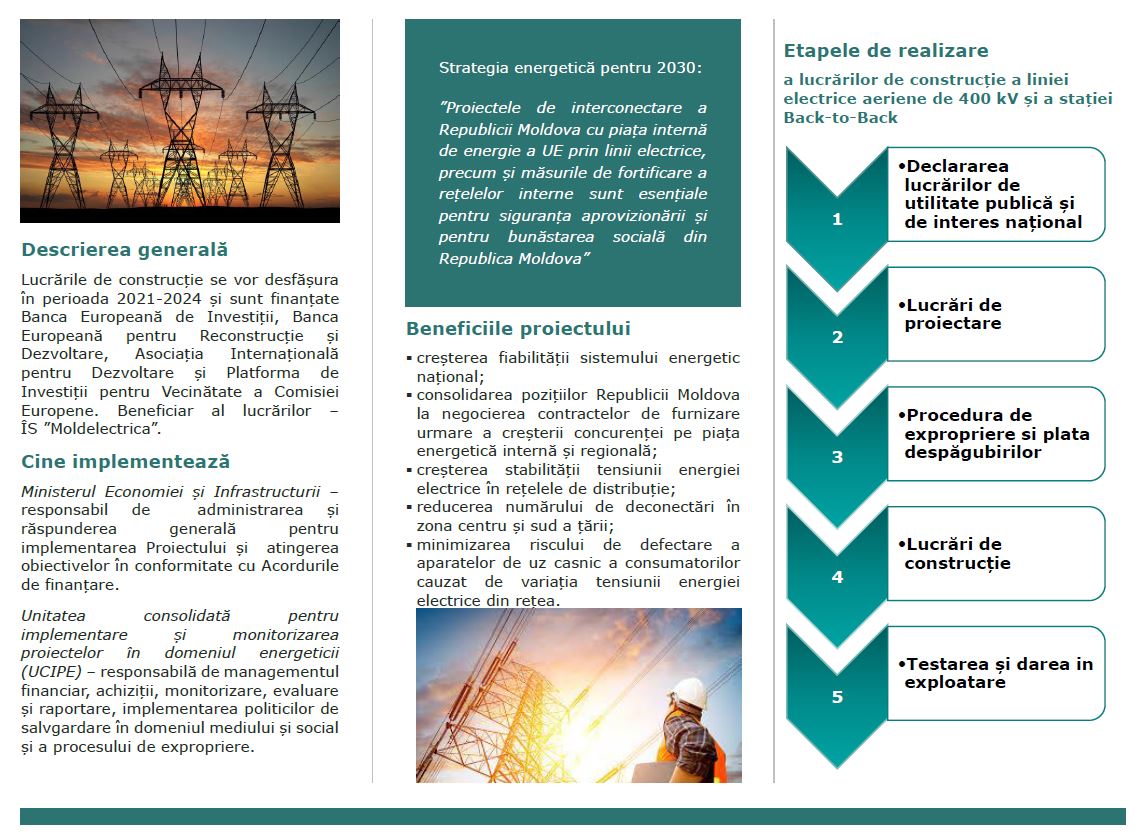